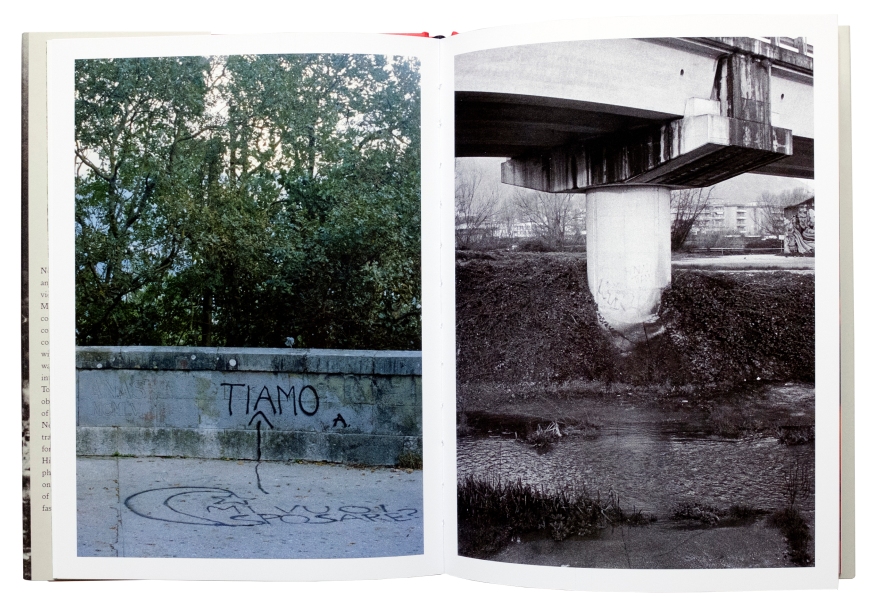 Monte Cassino (con amore) started life under the self-published title A Natural History of Destruction which was shown at the Athens Photo Festival June 14th to July 30th 2017 at the Benaki Museum (Pireos St. Annexe). Begun in 2013, the project was formally worked on over the two year period of my masters in Art, Research & Collaboration.

The work centres on the near total destruction of the Benedictine monastery of Montecassino as well as Cassino town in 1944 and the legacy of that period along with the town’s near disappearance  through abandonment, reconstruction and reclamation by nature.

In addition to the displaying of the book at the Benaki annex, three spreads were hung on the wall (above photo, rear right).

Three spreads (running centre to right) from A Natural History of Destruction illustrating my narrative approach to layout and the use of my photography, acquired images, hand illustration and marking. 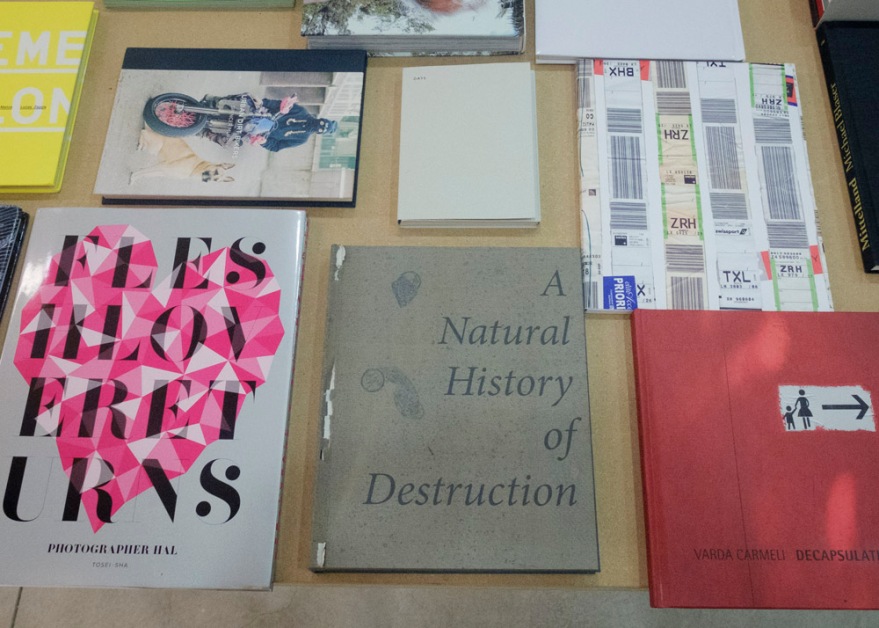 The deliberately damaged cover of A Natural History of Destruction (circa 20x25cm) on show along with other photobooks.

Also available at The Library Project and Artbooksonline